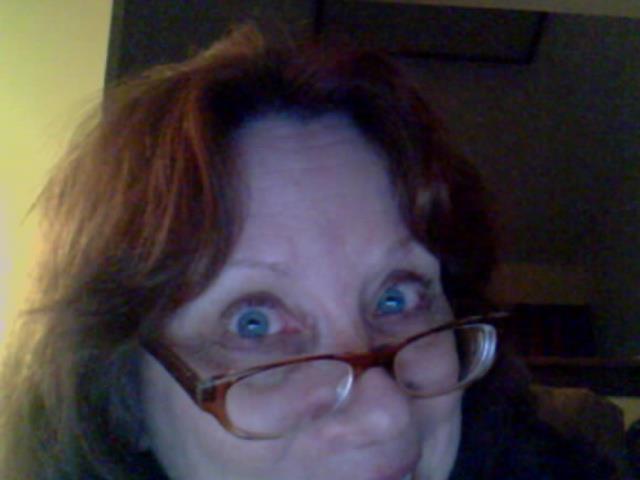 A sacrifice had to be made but at such a high price.

"I will hold the words of undoing," said Maglan.

Her words caused the other women around the table to stop talking and stare. Elza, Witch Queen and Maglan's sister, looked at her.

Before Maglan's surprise announcement the other witches had been arguing with Elza about the destruction of the monster. According to the ancient scroll where the dark spell was written, only a Witch Queen, with power strong enough, could conjure the Mogi. However, also according to the scroll, it took the death of a Witch Queen, along with the words of undoing, to kill the creature.

"You are needed here, with the others, to protect Tart Almonie," said Maglan

Elza could see the resolve in her sister's eyes, but she didn't want to lose her sister. She would rather die than see her sister taken by that dark thing. No, she would find another way to kill it. There had to be something in the archives, some way to kill it without sacrificing her sister.

"No, Elza, we both know this is the only way," Maglan said as if she had read Elza's mind.

"Maglan, you know it takes the blood of a Witch Queen to draw the creature back."

"I've thought of that. We can put a small bowl of your blood in the containment circle. I can stand in the circle, the words of undoing within my center. The creature will enter the circle and when it does you close the last containment glyph. We can put a screen up close by so it won't see you. And once it takes me the words of undoing will destroy it."

Elza's heart froze again at the thought of losing her sister. There had to be another way, there just had to be.

Holding Elza's hands Maglan looked out at the other women seated around the oak table then down at her sister again.

"You are Witch Queen of Tart Almonie. You are needed by the country and by its people more than just an old apothecary. Teira and the others can carry on my work. A blood sacrifice is the only way to rid us of the un-thing. It must be done."

Elza laid her head in Maglan's lap and cried. Maglan patted her sister's head in comfort knowing that she would get her way. Elza had no choice.

In the middle of the room was a drawn circle of containment ready to be closed once the creature took the bait, the bait being a bowl of Elza's blood and her sister, Maglan. They hoped that between that fact and Elza's blood in the bowl it would be enough to get the creature to 'take the bait'.

Elza hid behind the screen waiting to close the containment circle. Once it was trapped the creature could not get free and they were counting on the fact that the beast wanted a Witch Queen more than it wanted its freedom; it would willingly go to Maglan ignoring everything else.

Maglan had read the words of undoing and set them in her sacral center. She felt the undoing settle down, slow, like flotsam drifting down to the bottom of an ocean. Maglan waited, calm and feeling surreal.

Flickering from the torches alerted them that something was happening. Then the air became heavy as if pressure was building up in the room. The two women felt a hush come over the castle. Even though underground they would still be able to hear the everyday noises of the building, but there was only dead silence.

The door to the room flew open and a dark mass filled the entrance. Swirling tendrils of oily blackness flicked around the edges of the door as if tasting the air. Maglan watched the black mass as it grew and oozed into the room, some of its mass following the floor like dark smoke while the bulk of the creature pulsated and flowed into the room, tendrils of dark ribbon flicking here and there.

Once in the room the mass stopped. Red orbs the midnight mass and stared at Maglan. A tendril stretched toward her tasting the air in front of her as if testing to see what or who she was. The black bulk of the creature flowed closer toward her leaving the doorway.

The creature oozed oily blackness towards the calm woman. Ribbons of black reached touching everything, even the tables in the room. A vase fell crashing to the floor and the beast stopped. Its red orbs turned to look at the broken pieces on the floor reaching more tendrils over each piece before losing interest.

Bringing its gaze once more onto Maglan it advanced, flowing closer. It could smell her, the Witch Queen, even if the person in front of the un-thing didn't look like her, it could smell her and her blood and her fear.

Getting excited the blackness grew larger, swirling like billowing smoke, moving faster the closer it came. Maglan stood her ground, chin raised defiantly as she watched her death come.

The beast was as tall as the high ceiling now, swirling clouds of midnight spinning faster and faster. The screeching began as if the swirling reached some kind of peak, but the beast stopped forward right at the edge of the five foot containment circle.

Staring at Maglan it reached black strands of dark ick towards her, not quite touching. She refused to even blink, standing still as stone. The tendrils flowed around her tasting her energy and smelling the blood. A tentacle reached towards the bowl of blood on the floor beside her. Recognizing it as the Witch Queen's blood the creature rushed towards Maglan engulfing her in its midnight blackness. Now both the woman and the bowl of blood were swallowed up by the dark cloud, but the creature was in the circle and Elza cast the final containment glyph and the circle closed trapping the beast.

Running from behind the screen screaming her sister's name, but it was too late.

Turning the creature turned its red eyes toward Elza screaming in anger and hate. Realizing that it had been a trap the creature swelled in rage filling the area of the circle with it oily blackness. Elza watched in horror as she saw her sister's arm appear stripped of most of its flesh and bleeding. The hand at the end of the arm flailed wildly and Maglan screamed in terror and pain. Elza yelled her name again and ran towards the circle stopped by the barrier of the glyphs.

The monster swelled larger and darker, swirling faster in its anger. Elza heard her sister scream again in pain and realized that the beast was tearing her sister apart. Blood spattered hitting the magical barrier walls of the cast circle splattering the floor. Pain filled screams filled the chamber as the beast swirled faster and faster its red orbs not leaving Elza's face.

Anger took over her fear and Elza stood straight. Pointing both hands at the creature she screamed the words of undoing sending forth the energy she had pulled from particles in the room.

"Here be the words of undoing," she screamed.

"Go back from whence you came."

I banish thee to the nothing

"I demand you leave this place."

Elza clapped her hands together and the creature exploded in the circle, disappearing, leaving only the empty bowl and a skeletal arm. It was done.

She collapsed letting her grief take over, the rage and fear now gone. Lying on the floor, Elza, the Witch Queen of Tart Almonie cried for her lost sister.