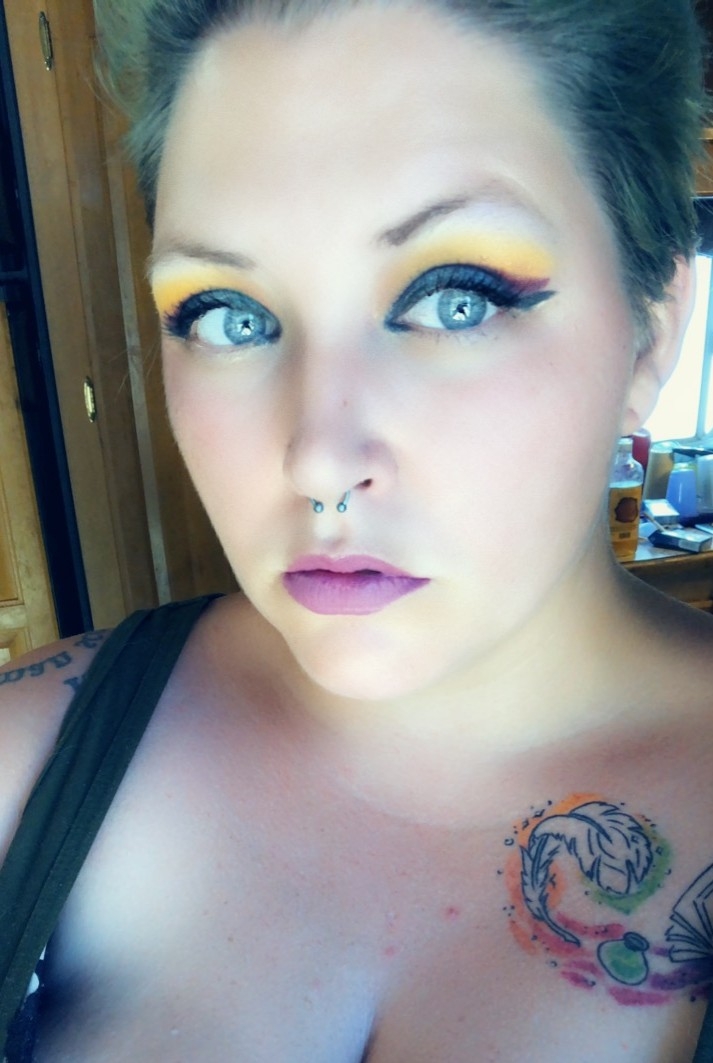 Trump stokes fears and anxieties in a push to turn the RNC into a saving grace, but his foreign policy, domestic mismanagement, COVID response, and the indictment of a sweeping group of his cronies are all shaking up the Republican Party, which doesn't know how to save their own butts.

UP NEXT AT THE RNC: FEAR-MONGERING AND THE STATE OF THE REPUBLICAN PARTY

As we creep ever nearer to The Trumps longest rally yet, there are many juicy BREAKING headlines unfurling. I'm not just talking domestically, although I'll start here. We've all been reading about Bannon and his cronies finding themselves indicted on counts of, well, stealing money from folks who don't have it in order to live lavish, luxurious lifestyles they never had to work for. Sound familiar? I absolutely giggled with glee when I found out that he wasn't just cuffed and booked, but was actually picked right off of his yacht, which he most likely embarked upon with his head high as men of his class will do when grifting to live the lifestyle of the rich and famous.

Interestingly--or unsurprisingly, you pick--Bannon is quoted by CNN's Erica Orden and Kara Scannell as having stated "This entire fiasco is to stop people who want to build the wall." What's unclear is whether he's referring to his, Kolfage, Badolato, and Shea's actions as an effort to block the nefarious wall or if he actually means those who investigated and brought charges against them. It's a little ambiguous, but surely we know what he meant: 'I am being unfairly bullied because the press and the Do-Nothing-Democrats want to bring down Trump.'

Cry me a river to cross with your yacht, Bannon.

According to USA Today's Kevin Johnson, we've got an official "seven former advisers who served at the White House or worked in the campaign [who] have been swept up in criminal prosecutions," though Mueller's investigation led to the indictments of 34 crooked connections.

So is this a prerequisite for the Trump Administration? An inclination to commit crimes, the willingness to cover them up--or is it a tangled web of 'kompromat,' keeping mouths shut and whistleblowers in line?

Furthermore, considering the fact that right around half of this country still worships the small-handed rage tweeter, is there nothing too low for the MAGA crowd? It seems to me that the successful crowdfunding campaign to raise two tons of money in order to build a border wall suggests that a lot of wealthy--and working-class--folks threw money toward it. Are they not enraged to find that the money they poured into this venture (which Trump claims he knows nothing about, by the way) was rerouted to fund personal expenses for the dick-measuring contests among dirty old men? Hard to say whether they even care, because...

K, so here's the deal, right: The GOP have their backs against the wall at this point. They simply can't play offense because they're too busy completely destroying everything they touch. With entities like MeidasTouch.com and former-Republican Biden supporters, The Lincoln Project pushing out viral video after viral video and virtually controlling the trending hashtags on Twitter, the only thing Trump can do is to cater to the biggest anxieties of his poverty-level and blue-collar supporters. Socialism is bad, m'kay? To prove his point, he's rumoured to be featuring an individual each night of the Republican National Convention who formerly lived in socialist--and my guess, communist or fascist since they don't seem to know the difference anymore--countries.

He speaks about Biden's speeches, invoking words like, "incoherent," or "confused." I like to think this is partially because our good friends MeidasTouch.com and The Lincoln Project have done an exceptional job of making Trump feel very insecure about his own ability to successfully complete a sentence. Or conquer a ramp. Or not shit his pants.

The United States is not only in shambles economically because of a COVID response he utterly and wholly flopped, but also because half of the country blindly consumes media which supports the absolute rejection of reality, science, factual evidence, and intelligence. Protests and riots across the country forced the terrified Trump to both momentarily hide in a bunker and to deploy questionable forces to democrat-run cities which seemed to be calming down. Were they military? There seemed to be bipartisan pushback when he suggested he'd call in the troops. There is evidence he'd called in a favor from Blackwater, too, which has largely been buried under endless days, endless hours of self-one-upmanship on the part of Trump and his wicked web of worshippers. (See also, Devilish DeVos' ties to the mercenary group)

There is a growing movement of GOP big-wigs who are distancing themselves from the World's Biggest Baby as more and more formerly-faithful Trump advisers and administrators come forth to describe a presidency guided not by principle or ethics, but by a sheer need to protect Trump's fragile ego from defeat. It's not just former governors, senators, and administrators like Kasich, Whitman, or the jawdropping Miles Taylor who are endorsing Biden. There are many "woke" voters who follow the Lincoln Project because they see that Trump is a train speeding ever-closer to a wreck. Many are simply disavowing Trump, too. It's a matter, unfortunately, that is bigger than Trump-the-Trainwreck, because he's doing all he can to set the whole damned building on fire before he goes.

While he didn't start the magnificent rift between the left and right, he has been incendiary when it comes to fanning the flames of that divide. It has wrecked friendships and broken relationships between parent and child.

If that's not bad enough, his foreign policy has plummeted the world into an increasingly-tense and increasingly dangerous atmosphere teetering on the edge of a nuclear war from every angle. He is thumbing his nose at China in the South China Sea. He has publicly rebuked German Chancellor Angela Merkel, a huge ally, among others. Trump has also pissed off our allies when it comes to Iran, as well. He wants to punish them for failing to conform to a nuclear arms agreement, but our allies shake their heads at us--some having even stepped back from the table completely. Why? Who the hell does he think he is? Trump literally and unilaterally decided to bail on the agreement himself. Talks with North Korea have failed. The situation in Belarus is becoming more fragile and we have a president who will not publicly stand for a free and fair election because why? Well, because of the tenuous situation when it comes to our own election

because Putin has pledged to back the contested leader in Belarus, Lukashenko, against his protesting country...a country in which even military and police are stepping down in solidarity with the protestors who are fighting an uphill battle against corruption.

So where does this leave the Republican Party? Well, you tell me...