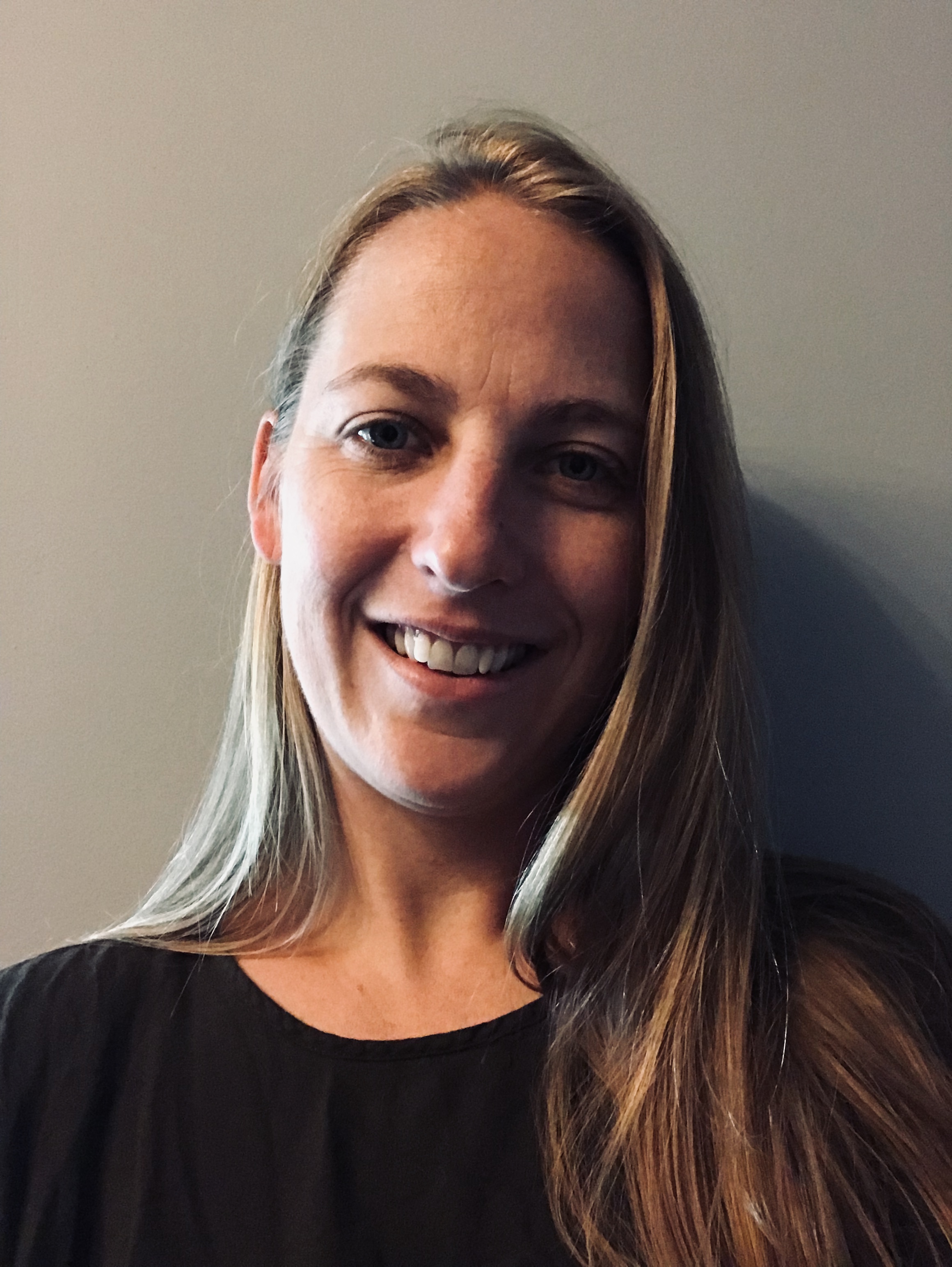 A day following around a comic in NYC.

A DAY IN THE LIFE OF A COMIC

I woke up hungover, with a slight headache on a queen sized mattress on a hardwood floor, one solitary white sheet covering me. Stretched out in Queens, my goal was to follow comics for one week. The objectives: to understand the vulnerability of stage presence, how comics use vulnerability and apply technique to engage an audience.

The air conditioning a blast kept the outside world from breaking into the sanctuary of the floored Queen's sleep chamber. I laid in bed for awhile pondering when and how the feeling in my body would dissipate, trying to ignore the swaths of chemicals floating in my brain from the previous evening.

The swamp of leftover booze was flooding and drifting through synapses leaving my brain cloudy, unrested and unclear. Finally, feeling enough motivation to use my legs, I stumbled into the kitchen to find some coffee. I needed ground bean keys igniting me enough for the motivation needed to follow the arduous path of the comics.

My friend Sam (comic) was in the kitchen with no shirt on and black jogging pants that had a slight flare at the bottoms. I said good morning to him as I shuffled around looking for coffee.

I asked, "Is that what you are wearing right now?"

He responded, "Yeah, they just fit more snug, especially in the crotch."

Another fact about Sam's attire is that he does not wear underwear or socks. He sprinkles baby powder on his bare parts to keep him dry and smelling not bad.

As I watched Sam use a fork to loosen up baby powder from a plastic container and sprinkle it in his tennis shoe, we started to talk about life, and the day ahead of us. Sam spoke to me about his goal of eight open mics a week. He spoke about how when you have a goal you start to submit to life, you don't feel a need for so much control.

In between deep philosophical rants about the practice and commitment to art, I could not help thinking that I would throw the fork he was using out at a later time. But then, I thought, he probably has done the same thing with other forks so there is no point.

I was going to join him in a day in his powdered shoes. Today, he would do three open mics then we would go to Comedy Fight Club. I battled with my hangover as I walked to my favorite local diner in Woodside, the Stop Inn Cafe. I sat at the counter shoveling mounds of grease into my mouth hole. Upon finishing I meandered back to the house.

Our goal was to leave the house by two thirty to head to Greenwich Village for the first open mic at the Grisly Pear. Rachel, Sam's roommate (also a comic and not a regular person) woke at the last minute to get ready and leave the house. I watched her pack a plastic bag of baby carrots to snack on. I wondered if she would really eat those carrots.

We left a little after three. We arrived at the venue. Rachel and another comic were hosting the open mic that day. Part of their jobs as hosts is to get the audience to come inside off the street to watch the show. This is no easy feat for the not so trendy in outward or inward appearance, Grisly Pear.

Rachel and the other host started calling to people walking by to attract them into coming to the Pear. A group of six people walked by who looked nicely dressed, makeup on their faces, hair combed, the opposite of women's jogging pants, no underwear or socks. I cannot be certain about the underwear. If I had to bet, this group all had underwear on.

Rachel yelled to one of the guys,

"Hey you in the pink pants, come see our show, it's free, and we are really funny."

I found out more information about this group during the open mic since they were the only crowd in the whole establishment besides myself and the comics. They were composed of three different couples, two couples were married, one was not. They were all from Dallas and were in NYC for a Phish concert. They became the inspiration for many jokes during the open mic that day.

A black guy had walked in during the realization that they had gone to a Phish show and the comic on the stage asked him if he had ever heard of Phish, and he said,

I watched about six comics get up and try out their jokes on this small, post-Phish, and molly crowd. The funniest joke I heard all day was from a girl who I found out later was battling a horrible hangover. She talked about how she had done meth when she was younger and that she knew how to make a meth pipe.

She pointed to an older couple that had joined later in the set and said,

"As a gift, today I could go out and buy what is needed to make a meth pipe for you.

"Could you ever imagine getting this kind of gift?"

The second most funny moment was a comic's observation that the couples up front looked like high school kids from the back (because of their Dallas, Texas attire) and like old mature adults from the front. They did look like they were a classier version of The Breakfast Club from behind.

At the second open mic, I was sitting by the hungover girl and I could not tell if she was nervous or about to puke as she kept on fidgeting and making trips to the bathroom. She was the funniest again in my opinion by saying to a couple,

"You two look like you just came from brunch."

After the second open mic, Sam and I took a break and went to Big Gay Ice Cream. It was gaudy and over the top. The overall quality of the ice cream was not great for the price. We sat in the park near the Stonewall Inn (http://www.thedailybeast.com/at-stonewall-celebrating-history-where-history-was-made).

Next, we headed to Bushwick for the third open mic. This one was for amateurs. We walked into the bar and found out that we were early. I ordered a drink and sat down. Sam had disappeared so I took the chance to do some writing. People started to drift in for the open mic ordering the one drink fee that was required to perform.

Finally, Sam appeared from the front entrance with the bartender. The bartender looked like a classier version of Tommy Wiseau minus the accent.

The Tommy Wiseau bartender had asked Sam not to lie on the bench outside. Sam had taken a nap on the bench out front while waiting. It was established he was not a hobo, only a comic, Tommy Wiseau seemed pleased, especially when Sam ordered his trademark seltzer water and gave him a tip.

The open mic started. I noticed the difference between the Bushwick and Greenwich Village crew. The comics in Bushwick were not as confident and skilled at reading the audience. They also were not as good at working off of the energy of the crowd as the Greenwich Village crew. After the third mic, we headed back to the Lower East Side and grabbed a slice of pizza before heading to Comedy Fight Club.

My friend had told me about Comedy Fight Club almost a year ago as he had been doing it for awhile. He sent me a video of a match he competed in. It was difficult for me to watch, and I will explain why.

Comedy fight club is a group of comics that get together once a week in a basement of a bar in the lower east side to insult one another. Two people get up at a time. Each person gets a limited amount of time to insult the other person, then it is the other person's turn to respond with insults. The crowd's applause determines the winner.

When I saw Sam's video the first time I felt protective of him. These comics cut to the quick with their jokes. His opponent made fun of him in a way that made me want to retaliate, to protect Sam. Sam is a beautiful soul. A creative engineer of comedy, he does comedy and life sober with only the aid of his seltzer water and notes on his phone.

We proceeded down to the basement for the evening's match.

I was astonished by the level of insults people summoned in themselves to win their round of insults. I heard the most awful personal insults from comics towards one another, it was personal. I felt like I didn't have thick enough skin to do something like this.

Following the conclusion of the fight, some of the crew came out with a birthday cake for the armless man and we all sang Happy Birthday to him. I felt inspired by the sense of community and the ability for people to hold composure after having their deepest insecurities displayed on stage. It's never easy to insult someone either, perhaps that is the worst part.

There was a strong sense of camaraderie and it seemed like it made it easier to deal with the dark fears that lie within one's soul. The comics inspired me to share my deepest darkest insecurities and to see the humor in tragedy.

by the armless man.