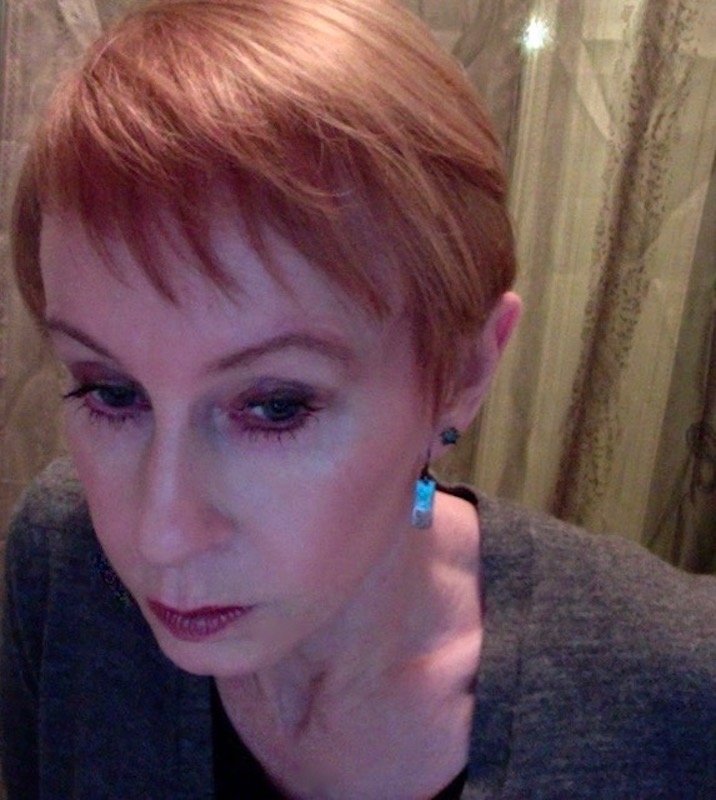 Memories are here to guide us, remind us of our past and our duty to others. In this flash piece, I wrote about a pivotal moment in my development as a global citizen. Throughout my life, this memory returns to me - walking through the rain, taking a shower, feeling the silken, cold of water running over my wrists.

Dallas is an oven, suffering through a July heat wave with temperatures going to 110 degrees.

Never a happy person in the morning, the thought of entering the blast furnace makes me want to go back to sleep. Most mornings I roll out of bed, eyes stuck together, and feel my way to the coffee maker, sinking against the counter as I rinse out yesterday’s grinds and prepare for a new pot. My partner is already ‘up and at them,’ being one of those annoyingly perky pre-dawn runners. In our first year together, he had entire conversations with me before coffee and a shower. I don’t remember a thing. Nowadays, he acknowledges my good morning snarl and keeps out of the way until my coffee cup is two-thirds gone while I sit at the computer reading the headlines.

But this morning, I am crying. My coffee cools neglected on my mousepad.

“What’s wrong?” Rod asks. He’s standing next to me – I feel his comforting five-foot, eight presence, like this shield of acceptance for my desperately-clutched European ways and generations-old Sephardic recipes.

“I don’t understand. Are you ill?” Andrew asks, laying a hand on my forehead, and I let my body lean into his.

I shake him off.

Andrew reads over my shoulder, “Austrian State May Require Jews to Register … ”

He reads, and I touch Mom’s Star of David earring that I put in first thing this morning, like all mornings. After her death, it was one of the few possessions I wanted from her estate. An image blooms fully formed in my mind.

I am cold and chilled to the bone like the day I read the names. Twenty-eight years ago. In front of the Student Union at my progressive university devoted to bringing people together. During my doctoral program, focused on valuing diversity.

I stood in the rains of November on Kristallnacht, the anniversary of the Night of the Broken Glass, and waited for my turn. The midday sun couldn’t break through the dark clouds. All around me, students, heads down, muffled in rain gear, were hurrying to class or the cafeteria. Steam rose from the warm buildings, but in the square, the glacial air burned my lungs. The rain came down in sheets, soaking us, blinding us, knocking us sideways. I heard the blasts of water punctuate the cement. Smells were lost in the downpour. The colors of the students and the buildings wore down to a sleeted gray. The cold wet penetrated us through our clothes. The students moved with haste, dodging each other, and clutching their backpacks to their chests. I stood in the middle of the hubbub, next to a young man huddled under his parka. Both of us were shaking from cold and maybe, other things, as I waited for the exchange.

The young man paused and handed me stapled sheets with names printed in rows down the pages. He didn’t look at me before he left. My shoes were so wet that my feet sloshed in them – like I was standing in a pool of icy water. My jacket and pants were so heavy that I had trouble pulling my hood further over me to protect the paper. My fingers in their water-soaked, ten-pound gloves trembled. Wiping the rain out of my eyes, I began to read.

For thirty minutes, I read the names of people who died in the camps. People like me. Jews. I struggled and stuttered over the pronunciation of some names, but after a while, the names became people. People with dreams and lives. Relationships. Successes and failures. Children and teenagers and adults. People like me. People like my mother. I said each name into the rain-soaked, gray day until I was yelling. Rain filled my mouth, but I spat it out. I wanted each person’s name heard by another person. Students stopped and looked at me. I was crying, but I screamed their names until, at the end of my thirty minutes, I was whispering. Hoarse – all out of voice. My clothes stuck to my body like another layer of skin. Or a layer of ash.

A gloved hand tapped me on the shoulder. I gave over the precious list. The other student started quietly, tentatively but after a few names, he broke into a roar. The students turned to look at him, and his face was fierce. I smiled at him, nodded, and drove home. Once in my home, every light turned on, the shower’s spray turned to a caressing drip, I cried more tears, shivering, trying to get some warmth back in my body.

“I have to do something first,” I say. In the hall closet, behind the coats and umbrellas, I find my mother’s baseball bat. The heft feels good in my hands.

When we were kids growing up, Mom kept a baseball bat by the door. “For defense,” she would say. I am glad she is not here to witness this again. I place my bat by the door.

“What’s that for?” Andrew asks.

“For defense,” I say, heading to the shower.