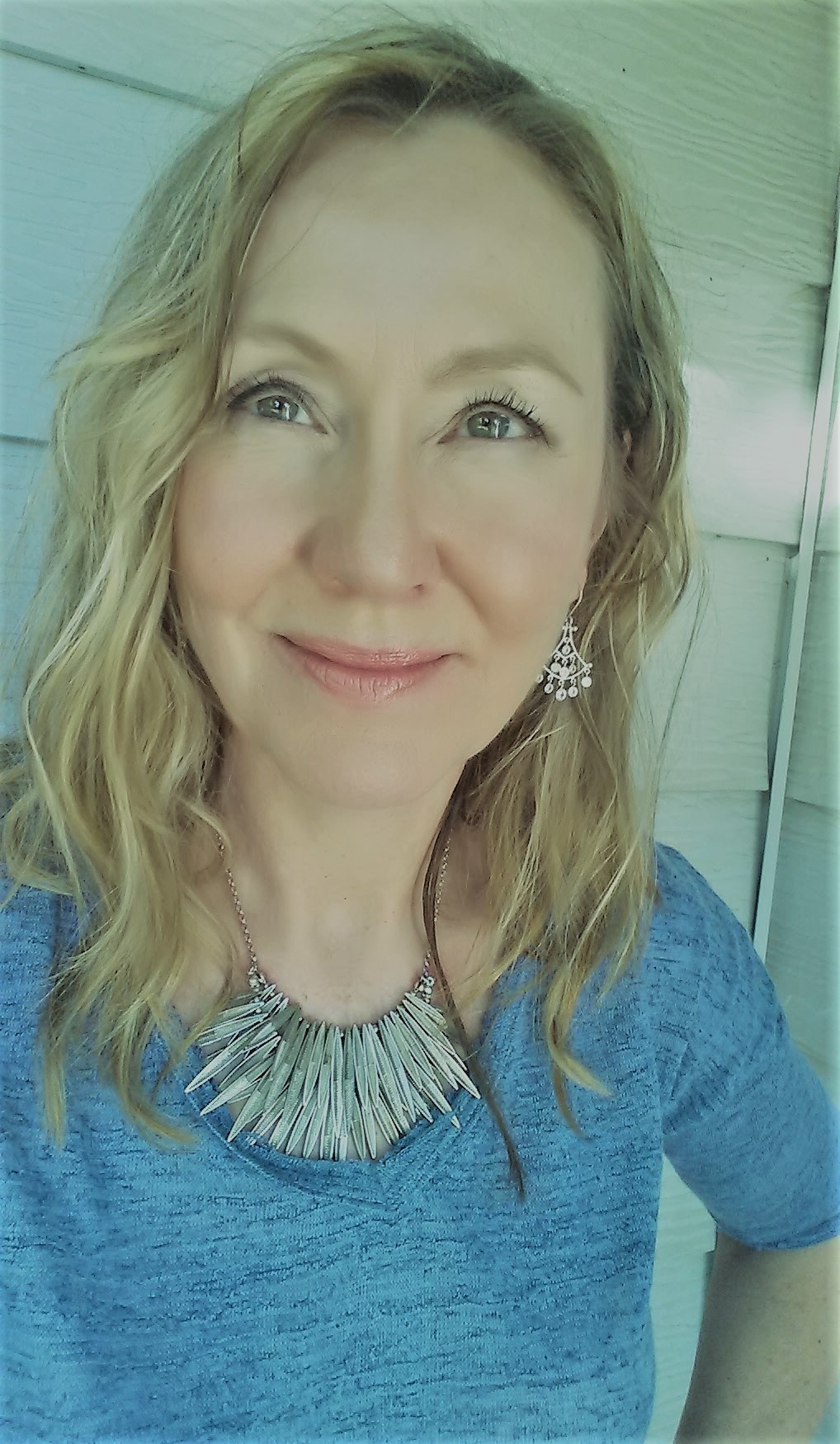 Two rebels live through a fiasco experiencing college life in the 1980s.

BONFIRE OF THE REBELS

Late August 1981 and the hot breath of summer was still beating down the back of my neck as I loaded up the 1964 T-bird and headed off to college. I had taken the hand of destiny and decied to join my friends who were two years ahead of me in the Phi Sig fraternity at WTU. It didn't take long upon arrival to ascertain my predicament. My former classmates, Curtis and Walt, had already flunked out and that just left Ben D. and me. This would have been okay except not only was Ben disinterested, bt also crazy. He had a girlfriend, a temper, and an alcohol problem. One night, after a particularly insane party, the frat house awoke to loud pandemonium. Ben had taken the sword from atop the fireplace mantle and had wrought some destruction on our living room.

Ben looked at him with glazed-over eyes.

So there I was a friendless freshman in a preppy redneck hell. There I was in a fraternity trying to fit in with rock n' roll hair with connections that had deserted me faster than you could catch a Crazy Train. Then I met Gar. He was cool, especially for that crowd, and musically inclined with long hair. Finally a friend. So it wasn't actually surprising with Alton Fields III, president of our chapter of the Phi Sigs, called Gar and I in for a counseling session.

"Ahem, guys, umm, you know it's great to have you here in the Phi Sigs," he said, glancing sideways at me.

"We like to present an image here, you know?"

Gar smiled, and I tried to look as disinterested as I actually was.

"We have events...and socials, and ..." Alton went on. "So I would like to encourage you guys to conform a little and cut your hair." Alton shifted in his chair.

"You know guys, it's the eighties. Phi Sig wants to soar into the 1980s," he said, making an airplane motion with his hand.

"Rock'n Roll, well it's just not like it was, right?" he asked smugly.

"Is that all?" I asked testily.

I turned to Gar, we both got up and walked out leaving Alton the Third to plot his own strategy for dealing with the new decade.

"Can you believe that guy?" asked Gar.

"I can't believe I picked the most redneck school in America," I responded.

We walked out onto Main Campus Avenue and that's when we noticed first the Homecoming Bonfire sign, then a band of marching, militant ROTC dudes chanting like animated little toy soldiers. We knew about the festivities, of course, but it was at that moment that the little light bulb went off in the corner of our mind, a little red devil perched on our shoulders. We really understood what we must do about the bonfire now.

We looked to the left, the cowboys, their pickup trucks, girls that could skin something alive. We looked to the right, orderly fraternity and sorority types endeavoring to make the human race clean cut and productive, voting members of society. We looked back to the ROTC, uptight, focused, Protestant and regimented. Then I looked at Gar and he looked back at me, and it was at that point that we made the decision to do what must be done.

Gar picked me up in his tattered Ford Pinto. I stuck a gas can in the back.

"You got the eye black?" I asked with a smile. He nodded. "Alright then, to the gas station!"

We were pulling up to the tanks when a cop pulled in to park in the corner lot.

"It's okay, just act cool. He will think we are mowing lawns," said Gar. "Don't act like it is a big deal or anything."

Reluctantly, I got out and walked steadily to the back and picked up the gas can. I look slightly to the side to see if we had piqued his interest. The cop did not seem to be watching. I filled the gas can up. The cop was drinking coffee and didn't even appear to be on a stakeout or anything. He showed zero interest in what we were doing. So it was mission accomplished, gas bought, and we were on our way. There was a bonfire going down, alright, but it wasn't going to be exactly what they had planned.

We went out to the Dunes Apartments. Gar dimmed, then cut the lights. We blackened our faces, hoisted the gas can and walked in the dark all the way out to where the bonfire was waiting, dry and thirsty. It was autumn in Texas, but the night air was still plenty sticky.

"Do you think they'll figure it was us?" I asked.

Gar looked at me, a slow smile formed on his lips. "Maybe, but if nobody sees us, they got nothin'."

The woodpile rose up in front of us like an ancient funeral pyre revamped for the Gods of Football. Without this traditional sacrifice, our enemies would not be able to hold their major university event. The Sigs would not be able to deliver their speeches in their golf shirts. The girls who wouldn't talk to us would have nothing to replace their Look-At-Me football booster, the ROTC might fall silenbt. As for the cowboy rednecks, I guessed, it would give them some criminals to hunt.

"We gotta get this thing done!" said Gar, and he started pouring gas.

When it was fully saturated, I took the matches and Whoosh! The massive pyre went up in flames that exploded into the night and presto it was more like daylight than the day itself. We were fully illuminated there, we could see each other perfectly, staring back, eye to eye.

Sirens sounded instantly. We headed to the adjacent cornfield. Firetrucks, cops, and ambulances immediately descended upon the scene in absolute no time. We lay face down out there in the field. Somewhere they began flying overhead. Spotlights circled around. We could hear them talking about us. My feeling of euphoria turned slightly sick.

"Gar," I whispered. "What do you think our chances are?"

"If we are smart, then pretty good," he whispered back.

The spotlights stopped above us and went in a different direction, then we were up and running. Periodically we dove face down in the field as if we were on military maneuvers. A car headed our way. Up and down, we made it to Salt Creek Bridge. We were about to cross when we saw what looked like a convoy coming toward us.

"No, under the bridge, quick!" Gar hissed as he was already over the rail with me right in behind him.

The convoy rolled straight onto the bridge and stopped. I couldn't breathe. Sweat poured from every single pore in my body. If they caught us, it would be jail for sure.

"They couldn't have gotten that far," said a voice.

Lights hit the water. This was going to be it, I could feel it.

"They could be in the water," said another. They widened the scope of the spotlight.

"They might have crossed over, they could still be up there ahead," said a deputy sheriff.

Their boots hit the top of the bridge and sounded like a Stampede to Righteousness.

"Want me to take Clem and look under the bridge?" asked a searcher.

"No, no need in that, we're losing time. They are getting away. Let's go!"

We heard the clip-clopping of boots as they got into their vehicles, the rumble of their ignitions, then they vanished like searchers of a fireball into the night. Gar and I looked at each other and finally breathed.

"Ok, let's go," he said. Then we were off across the bridge.

It was smooth for a long time, although cars, lights, and voices sent us into the brush. Finally, at about 3:30 in the morning, we arrived at The Dunes to apartment #65 and beat on the door. Sharla Hanson was Ben D.'s girlfriend. The one he had sliced up our lobby for. She shuffled to the door and looked through the door hole.

"What are you two doing?" Sharla asked.

"It was you two?" she asked incredulously.

"It was," said Gar looking as though he had just escaped from a Vietnam Jungle.

"That isn't even the word for it," said Sharla.

"Good, he's half-way a traitor, we might have to kill him," laughed Gar.

I looked down. The truth is hard. You wake up one day and all your heroes are gone.

There was bologna and pressed ham, lots of water and three sandwiches later, we cleaned up and somewhere in there Gar and I dozed off like two convicts on a watch which we kinda were.

Sharla had an 8 o'clock class and she dropped us at the frat house. The first person we met up with was no less than Alton Fields.

He looked at us. The distaste literally oozed from his eyes like some sort of infection.

"Aren't you two late for class somewhere?" he asked.

"Yep," said Gar as I was shaking my head.

People were always asking me about my classes when I hadn't been in any of them in weeks. How's your class? I hate Biology they would say, and I would just nod. I kinda knew where my lot was ending.

I slept that afternoon and dreamed of spotlights and jail time, but when I awoke, the officials were still looking for the culprits who sucked all the fun out of Bonfire Night. Monday there would be classes and papers and speeches, but not for me. I had decided to Alton's advice and pack up my guitar, my amp and just go and see where the music might take me.